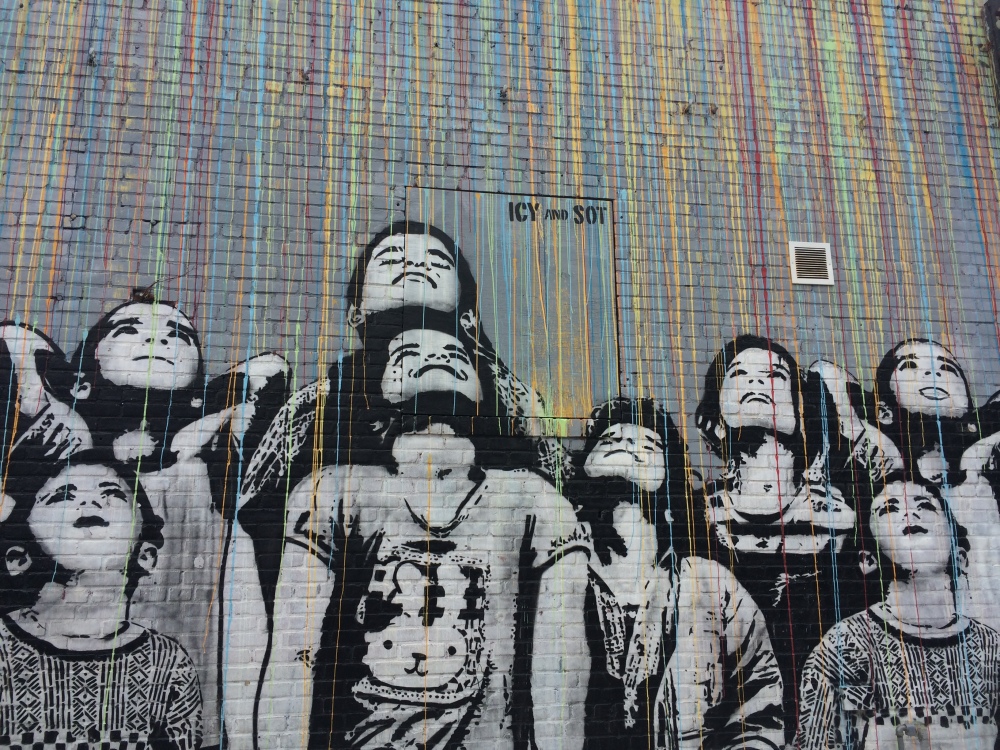 Half a block south of the Williamsburg Bridge on Wythe Ave you’ll pass by this life size mural of smiling children looking up at the sky, painted by Iranian brothers and stencil artists, Icy and Sot.

Icy and Sot are a street art duo known for creating thought provoking installations that force viewers to re-consider the norm. From their recent art intervention at the Grand Canyon on nuclear waste to their cross-cultural dual show between NYC and Tehran, Icy and Sot make a commitment to using public art as a vehicle to drive awareness around human rights, ecological justice, social and political issues.

Originally born in Tabriz, Iran in the mid eighties/early nineties, Icy and Sot have been creating stencil art since 2006. Their work appears on walls and galleries throughout the Iran, USA, Germany, China, Norway, and globally. They transcend their histories of artistic and political censorship by using public art to envision a world freed from borders, war and gun violence.

Although I haven’t been able to find the meaning behind this mural stated anywhere by Icy & Sot, I find that it’s purpose is merely to remind us what it looks like to see a collective group of happy people, free of preconceived notions or judgement about each other. A collective group of people who are genuinely optimistic about the future. These are the people we need to think about during the complex discussions around pressing social and political issues. They are the future.

To learn more about Icy and Sot and see more of their work, visit their website here.